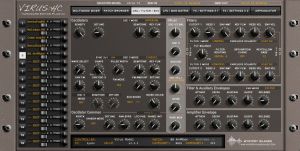 New additions and fixes since v1.3.1:

The update is available now and can be downloaded from www.mysteryislands-music.com