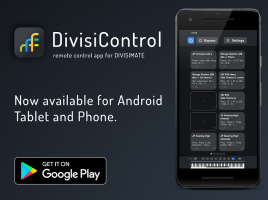 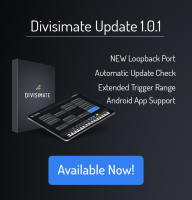 NextMIDI has released the first free update to their realtime orchestration tool Divisimate, fixing a couple of issues and also introducing new features.

Up until now the free remote control app for Divisimate was only available for iPhone and iPad. Now in combination with the 1.0.1 Update there are now also versions for Android tablet and phone.

The difference between tablet and phone app is in the layout of slots of the perform view, with the phone layout always showing one half of the perform page, while the tablet version displays the full number of slots. The apps can be downloaded for free from Google Play: