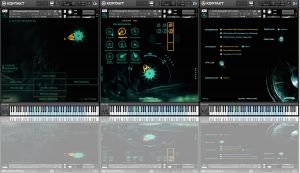 Percussives focuses on the percussive qualities of a large number of tone gongs. It contains almost 14,000 samples. The new GongMachineV2 is designed to add a new dimension to the performance driven percussive sequences: Every step of the gong machine is a gesture, a micro sequence in itself, ranging from simple flams to complex big group hits by 20 players. Furthermore there are 17 articulations to choose from per step. There's a categorized patch browser too.

Please take a look at the walkthrough video which covers all features and options: YouTube.com/watch?v=fQf2H8L_67A