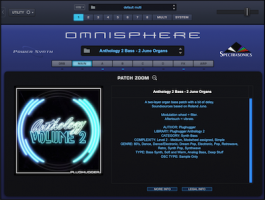 Plughugger has released Anthology 2, a new soundset for Omnisphere focusing on some of the most popular Roland synthesizers from the 1980s and 1990s: D50, JD800, JX3 and the Juno.

The concept of "Anthology 2" was to create a soundset inspired by the defining sound of the 90s.

To bring the sound of the 1990s into a full circle, Plughugger also added an "hardware sampler" aspect, by adding a handful of female pop choirs (based on the Omnisphere Symphony of Voices library), which Plughugger used to layer with the Roland synthesizers.

Almost all sounds were based on the internal library of sampled synth sounds in Omnisphere, apart from a handful of analog drum sounds to give the soundset a more complete set of tools to make Anthology 2 a complete 90s workstation.

Together with the single sounds Plughugger also created 50 multi sounds where they stacked many layers to create fatter and more complex leads, bass sounds, pads and sequences. 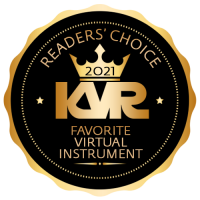