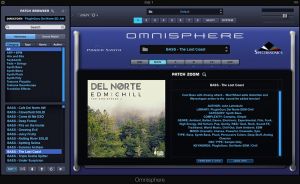 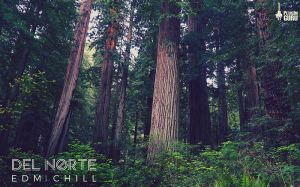 PlugInGuru say this library was created in a unique way - John "Skippy" Lehmkuhl spent 4 days in the Northern Coast of California combining sightseeing around the area of the Redwood Groves, Oceans and streams with capturing sounds from his Access Virus TI2 at his rented house based on the sights he saw thru the day. This adventure resulted in 36 multi-sampled "core" synthesizer sounds which range from fast synths, huge unison fast synths to haunting evolving pads that match the feelings of walking thru a forest in the summer fog... this is John's first library created with this approach and will definitely not be his last.

After the sample work was done, John got the library into the hands of 6 other programmers so this library has added dimensions in the voicing by having voicing work done by: Laurent "AIRWAVE" Veronnez, Casey "ExoSun" Baldwin, Jason Schoepfer, Tim Dale, Allen "Kid Anthem" Polley, Steve Tavaglione and himself. This is a similar concept to how John works where many personalities can bring out a lot more depth in the voicing of a synthesizer than if just one person did all of the programming.

The attack patches deserve a more detailed explanation: there are 3 types of attacks found in the Del Norte EDM / Chill library:

The Pluck and Wind attacks are unique in that John used iZotope's RX5 to remove all the pitch and harmonics from the samples. This concept is similar to what Roland did with the D50 and what the Korg S3 drum machine did (which John did voicing on over 25 years ago.) This allows these pluck and wind samples (1-shot as well as looped versions are found) to be layered over anything from leads, to even keyboards. With over 130 attack patches, the possibilities are endless to enhance even the thousands of factory patches that come with Omnisphere 2.

The Multis also deserve a special mention because these use anywhere from 5 to 7 patches that each call up a different sample, each mapped to a limited range of the keyboard to create the entire sound - so when you play a big open chord, you are actually playing a bunch of different samples - which sounds far superior to playing 1 patch that has 1 sample across the whole keyboard range (all the sound in Patch mode work this way). On top of this, the Multis have a "hidden" attack patch usually found on part 8 that you can un-mute to add an attack to the multi-sampled sound and then go to Program mode and pick from the 132 attack patches to change the character of the sound drastically depending on what attack patch you pick.

There is also a $1 15-patch Demo Bank of Del Norte Patches - for an introduction to those new to PlugInGuru and want to try out these sounds. The demo bank does not include any of the Multis.

The full version of Del Norte also includes 10 Wallpapers (5 at 2 different resolutions) which feature photographs taken by John while in the Redwoods, Streams and Ocean during the sound creation part of the trip. 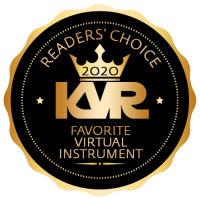