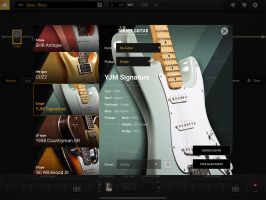 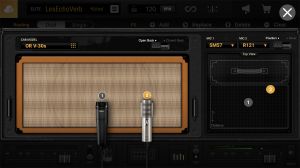 Positive Grid has announced its new BIAS FX 2 Mobile app for iOS devices. The app is available now as a free download in the App Store with expansion options that can be unlocked.

Powered by a re-engineered, high-definition BIAS DSP engine, BIAS FX 2 Mobile transforms an iPhone or iPad into the ultimate all-in-one guitar effects processor. Users can dig into its easy user interface, intuitive drag-and-drop operation, and a massive library of world-class guitar and bass amps, pedals, and effects to easily create the rig of their dreams.

For players looking to take their tones even further, the app supports AudioBus, GarageBand, and other IAA host applications. BIAS FX 2 Mobile is also primed for the big stage. Fire up the redesigned LiveView feature and switch up entire rigs on the fly instantly using a single tap, with zero latency.

Users can connect to Positive Grid's ToneCloud and download thousands of custom tones created by artists, producers, and recording engineers. Players can even upload their own custom guitar rigs and share them with fellow musicians across the world.

Other Related News
The Scoop About Spark: An Interview with Positive Grid
06 Dec 2019Last Chance to Enter to Win One of Three BIAS Twin Pedals from Positive Grid
26 Jun 2019