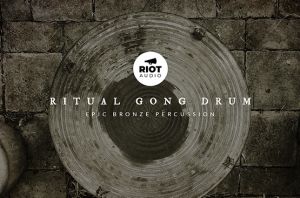 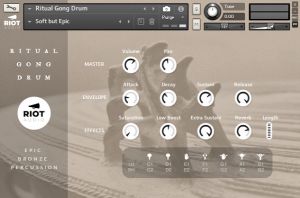 Ritual Gong Drum is based on a ceremonial bronze gong drum from South East Asia (referred to as a "Karen drum") and is a versatile virtual instrument that ranges from intimate taps to ringing mallet booms.

Sound Applications
Ritual Gong Drum does small, intimate taps, massive epic booms and everything in between. The long tail of the bare sound also allows for unusual quasi-reverse/chopped sounds. The library is perfect for epic orchestral tracks, trailer scoring, and also action and genre film scores.