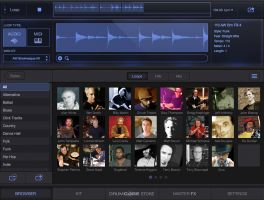 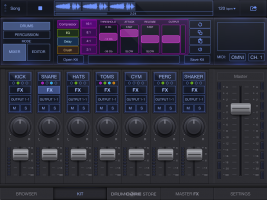 Sonoma Wire Works has unveiled a highly anticipated update to the DrumCore plug-in at the NAMM show: DrumCore 4 is being shown daily at booth #6225 in Hall A.

Sonoma Wire Works acquired the DrumCore product line from Submersible Music in 2009. Rebuilt from the ground up to be more lightweight, powerful and modern, DrumCore 4 marks the first update to the product by the Sonoma Wire Works team.

Douglas Wright, the president of Sonoma Wire Works had this to say about DrumCore 4, "DrumCore is an amazing product with fans all over the music industry. For DrumCore 4, we've done our best to keep everything that makes DrumCore great while adding powerful new tools that give the user even more options for their sound."

In addition to DrumCore 4, Sonoma Wire Works will be displaying their forthcoming line of audio interfaces and accessories for desktop and mobile.

DrumCore 4 is a new and improved upgrade of the DrumCore 3 plug-in drum instrument with stereo 24-bit audio loops and MIDI recordings of performances by hit-proven drummers, playing their own great sounding drum kits across a multitude of styles. Now a AAX/VST3/AU plug-in, DrumCore 4 has an improved interface and several highly anticipated features. It's the perfect tool for songwriters, composers, musicians and producers. Simply drag and drop grooves to tracks in most popular recording applications on Mac OS and Windows.

More info and pre-order can be found here.