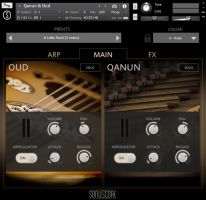 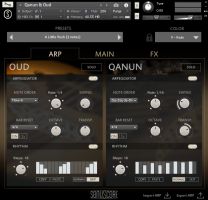 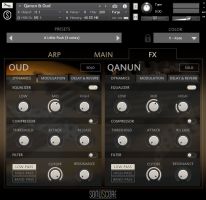 Sonuscore has announced the release of Origins Vol. 4: Oud & Qanun, introducing oriental colors and textures to the Origins series.

Sonuscore say "Designed with a focus on user friendliness to facilitate an expedient workflow, Oud & Qanun is an excellent companion in the quest for authentic, fresh and captivating musical experiences. As with all Origins libraries, you can play both instruments independently or in concord via the built-in Multi-Arpeggio-Designer (MAD). Choose from numerous tasteful patterns and presets that will kickstart your own creative journey with the instrument and drive your inspiration forward."

As always, Origins Vol. 4: Oud & Qanun includes the ability to play both instruments interlocking, independently, with inspiring patterns as well as single notes, chords and rhythms on the fly with full customization options.