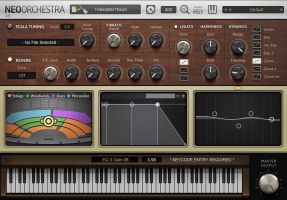 Telecaster is a versatile guitar, usable for most styles of music and has been used in many genres, including country, reggae, rock, pop, folk, soul, blues, jazz, punk, metal, alternative, indie rock, and R&B.

Deeply sampled over 13GB of uncompressed content, over 5,100 samples, with multi velocity layers and round robin samples, Electric Guitar T aims at extreme realistic guitar and the iconic Fender sound.

Electric Guitar T covers rhythm and lead guitar playing -- which includes Sound Magic's powerful and easy to use, chord strumming functionality. The strumming system automates dividing chords into special groups and users can "use keyswitch them or articulation" to quickly select them on the fly.