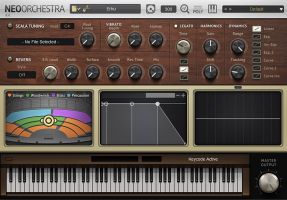 Neo Erhu contains all techniques for Erhu, Zhong Hu, and Jin Hu. It can seamlessly change to any of them with just a preset. This ability makes Neo Erhu not only a new instrument, but also can be used to represent several traditional instruments. Users do not lose any compatibility when using Neo Erhu. This ability adds insurance to users as sometimes, a new creative thing may be at risk of losing the tradition; however, this is not the case for Neo Erhu.

Sound Magic has also announced the Erhu Week Special Sale Event offering up to 71% discounts on over 10 instrument and effect plugins until May 8th, 2020.