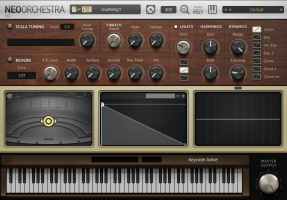 Neo Zheng is sampled from 4 carefully picked guzhengs that have their own characteristics, which gives users plenty of room to use this sound source in different genres of music. Each technique has up to 16 Velocity Layers and Round Robin Samples to ensure precisely reproducing every bit of Guzheng sound. This makes the sound of the Neo Zheng extremely expressive. In addition, Neo Zheng also includes two electronic guzhengs for the first time. The sound of the electric zheng is very suitable for avant-garde music styles such as various electronic Chinese styles. It is hoped that these electric kites that appear for the first time can play their due role in the popularization and promotion of the electronicization of traditional Chinese music.

Sound Magic also announced its latest Neo Zheng Week Sale Event which provides up to 85% off on over 50 instruments and effects plugins until May 3rd, 2021.