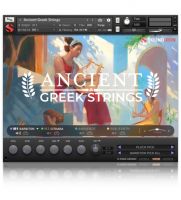 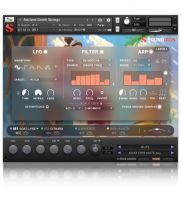 Soundiron has released Ancient Greek Strings, a collection of 7 deeply sampled stringed instruments that delve deeply into the historic roots of Western musical traditions, stretching back thousands of years. This library is built for the full retail version of Kontakt 5.5 or later.