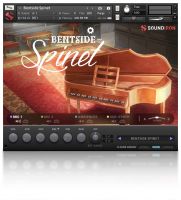 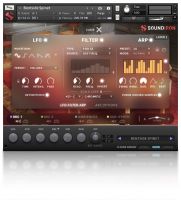 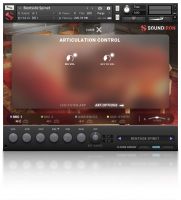 Soundiron has announced the release of Bentside Spinet, a 17th-century Italian keyboard with a rich and sustained timbre that produces a dark & quiet tone with a look that resembles a harp laid horizontally. It's built for the full retail version of Kontakt 5.5 or later.

We recorded Bentside Spinet in stereo with close and far mic positions with 8 round robin. Then we rounded out the natural tone of this baroque keyboard with 20 ambient soundscapes and 20 custom FX presets to launch your musical time machine right into a European parlor.