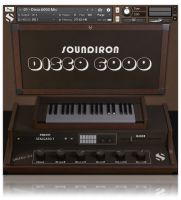 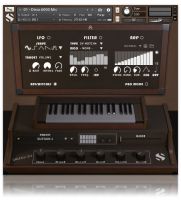 Soundiron has released Disco 6000, the newest addition to their Vintage Keys series. It's made for the full version of Kontakt 5.5 (or later).

This library captures the historic sounds of the Solton Disco 64. This analog synthesizer/drum machine has a recognizable fat analog tone that includes rhythmic drum loops, as well as synth sustains and staccatos.

Soundiron recorded the instrument articulations in wide stereo and direct line in. After that, they hand-crafted 20 evolving atmospheric pads from the source content "to make this party more bodacious", saying:

If you're looking for warm funky grooves and radical synths to compose your next 1980 dance track, look no further than Disco 6000.

This library has a fully-customizable user interface, modular FX rack and 20 custom FX presets designed to get the inspiration flowing and allow you to start creating quickly.