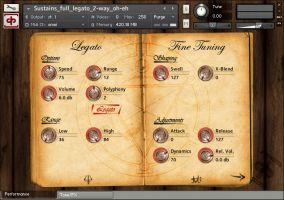 Requiem Light is a virtual choir library for Kontakt and the free Kontakt Player. It comes in both Powered-By-Kontakt and the standard Kontakt open format. It is designed for trailer, soundtrack and symphonic scoring. This 40-member male/female choir was recorded in a cathedral with veteran choral conductor Robert Geary of the SF Choral Society and Volti.

Requiem Light Player Edition is compatible with Kontakt and the free Kontakt Player and is eligible for a special discounted Kontakt Cross-Grade offer from Native Instruments. It's on sale for $350 through May 14th, 2012.

Requiem Light Standard Format requires the full retail version of Kontakt and is not supported by Kontakt Player. It's on sale for $324 through May 14th, 2012.