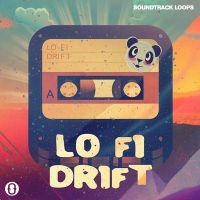 Lo-Fi Drift sounds like music lifted telepathically from of the hive mind of the international underground sample culture. It also contains what very well could be the most heartwarming homage to the archetypal Boards of Canada vibe ever to hit a sample library.

The sounds by producer, Belibat are all royalty free. Based in Milan, Belibat is obsessed with late 20th-century American commercial music templates—disco, rock, soul, smooth jazz, corporate themes, elevator music. From here, he mixes these assets into new, surrealistic forms that fit the fresh molds of ultra-modern pop, hip-hop, and R&B tracks. Lo-Fi Drift pulls off an extremely compelling hat trick, in which complete authenticity pops out of nowhere, and with total ease. So, voilà. Three complete construction kits comprising 151 loops, and 40 one shots.

Price: $5 for a limited time from the KVR Marketplace or direct from the Soundtrack Loops website here.

Find LoFi Drift Loops and Samples in the KVR Marketplace