Denver based sample company Soundtrack Loops has released three new titles in multiple formats. They are currently up to 75% off in the KVR Marketplace. 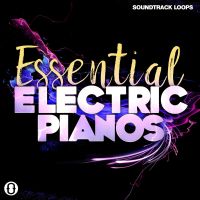 Sometimes we just need something basic to start with—a simple beat and a few chords in the right key can kick off a storm of ideas on the timeline. This is where Essential Electric Pianos comes in handy. Drop full-chord one shots on your 80BPM low-fi chill music timeline, in any key—no pitch shifting required. Then add riffs, stabs, arpeggios, and even some basslines if you feel like it—the 179 sounds in this collection are made to be woven into your mixes with ease.

That's all great, but rolling back to the basics, consider this: electric piano tone is entirely unique. The reality: no sampled piano instrument can fully capture the harmonic complexities of full chords struck on a real Rhodes or Wurli, and EEP has both. The custom chord voicings played here by LA session musician and producer Angelo Metz have the trademark bark and bite. EEP also has that baked-in Rhodes richness and cutting Wurli timbre we all know, and the music is played with the theory chops and street cred feel that Angelo's been working up ever since he was six. Against this backdrop—the gear, the chops, the feel—Angelo's precognition shines brightly. Here on his third outing for Soundtrack loops, possible futures emerge from traditional richness on every sound contained on Essential Electric Pianos.

Essential Electric Pianos is on offer in the KVR Marketplace for $5 and direct download from the Soundtrack Loops website here. 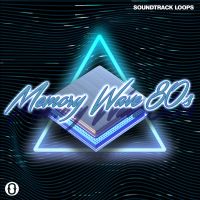 Producer Belibat is from Milan, but his music is all over the map. As a hardware jammer and a genre blender, he's an ideal candidate for bringing tight sample content to the Soundtrack Loops catalog. Memory Wave 80s is a blend of international 80s pop gestures, conducted with production moves that make a game of literally smearing contexts and sentiments across the sonic canvas. Classic sounds and modern production values are presented here in three construction kits: Retro Wave, with its pads, arpeggios, and classic synth drums, served under a gauzy vaporwave halo; Space Disco—positive, propulsive, and thoroughly commercial, with a period-specific bass guitar anchor and classic electric guitar accents; and finally, Electro Funk, with its easy-to-assemble jigsaw puzzle made up of big Minneapolis Sound pieces.

From the synth hardware perspective, Belibat's take on 80s electronic pop is impressive—disciplined, glistening, coming in waves, and quintessentially European. These native traits are matched by his extensive understanding of American funk and soul—the rhythms, accents, tones and textures. It's all here, in 91 loops and 29 one-shots—three construction kits developed by a masterful producer who works music timelines in his own unique way, with quality roots that form the seeds of the new.

Memory Wave 80s is on offer in the KVR Marketplace for $5 and direct download from the Soundtrack Loops website here. 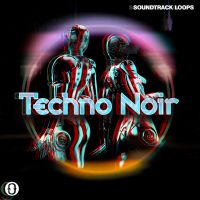 Deep and dark, Techno Noir is a big collection of sounds that come together easily into tracks with Warp-style authenticity and class. In the kicks column, each of the 18 available has its own sense of space—choose one that fits your target soundstage width and depth, from tight and pocketed to rave-space cavernous. Build up from there with categorical efficiency. 26 high-hat patterns range from simple to syncopated in structure, and from brass to glass in timbre. 27 perc loops bring the feels, 41 synth FX sounds offer rhythmic and one shot options, and 55 synth loops place an assortment of minimal thematic elements and unique textures on the table. The 28 atmosphere loops on Techno Noir aim to set this collection apart, in a folder full of rhythmic pulses, grinding metallics, and sci-fi transmissions that run either on the beat or in asynchronous flows, thus clinching one of the critical elements that make classic techno so dizzyingly great.

While unrelentingly dark, Techno Noir never sounds claustrophobic—on the contrary, its sound pushes out into deep, wide, subsonic and quasi-dystopian spaces that teem with activity. All this, and true to form, the Techno Noir vibe mirrors a pure electronic music aesthetic that always sounds fresh.

Techno Noir is on offer in the KVR Marketplace for $5 and direct download from the Soundtrack Loops website here.