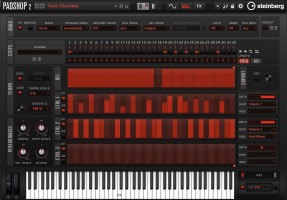 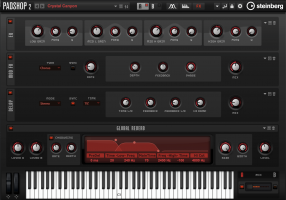 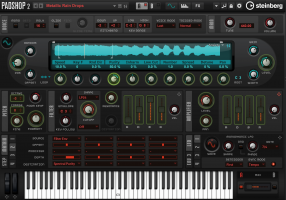 Padshop is known for its granular synthesis and user interface. Padshop 2 now boasts two sound engines, introducing a spectral oscillator next to its granular oscillator. Together, they allow users to import and intricately redesign samples. Padshop 2 now also includes an arpeggiator to create melodic sequences, an EQ with four bands, an ensemble effect and phaser, plus further additions to its global reverb. With more than 100 new presets and samples, version 2 counts more than 570 presets, ideal for quick results, while the 570 pre-produced samples let users delve into the power of Padshop.

Padshop 2 is available as VST, AU and AAX compatible plug-in and standalone instrument, but it is also included in Cubase Pro 10.5, Cubase Artist 10.5 as well as the Absolute 4 VST collection.

Senior Marketing Manager Florian Haack commented: "We've really put a lot of effort in this iteration to take Padshop to the next level. With more sounds, new effects and the included arp, Padshop 2 is already a major update. Now factor in the spectral oscillator alongside the already included granular oscillator and the possibilities of sound creation are simply mind-blowing."

Padshop Pro will be discontinued to streamline the product range of Steinberg instruments.