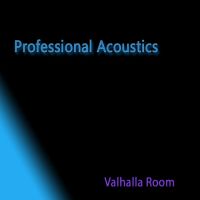 Synth-Presets has announced the release of Professional Acoustics, a new collection of presets for for ValhallaRoom.

Reverb in the professional recording studio is a tool used by all major music producers. There is an art to the use of reverb. One of the lessor known techniques is the use of small spaces to both color a track and give it some transparent space.

Small reverbs that don't add much decay, allow more transparency when layering parts. Such small reverbs can be used to color a track in a similar way that an equalizer would. This allows for the control of tonal color between tracks that create clarity between parts.

Professional Acoustics for Valhalla Room was designed with all this in mind. Included are over 150 reverbs ranging from very small to very large rooms. Also included is an array of reverbs that add some unique production techniques not found in the factory presets.

Professional Acoustics for Valhalla Room takes advantage of the many algorithms included with this true stereo algorithmic reverb. Also, since Valhalla Room was designed to create an "idealized" room impression and generate early and late acoustic energy differently from other Valhalla reverbs, Synth-Presets designed these 150+ presets to take advantage of this special reverb.

After the first two weeks Professional Acoustics will be regular price ($19.98).