The MIDI Manufacturers Association (MMA) and AMEI (the Japanese MIDI association) have finalized the core features and name for the next generation MIDI protocol: MIDI 2.0. Member companies are currently working together to develop prototypes based on a jointly developed, feature-complete, draft specification. A members-only plugfest to test compatibility between some early MIDI 2.0 prototypes is planned for Winter NAMM 2019. Participating companies include Ableton/Cycling '74, Art+Logic, Bome Software, Google, imitone, Native Instruments, Roland, ROLI, Steinberg, TouchKeys, and Yamaha. 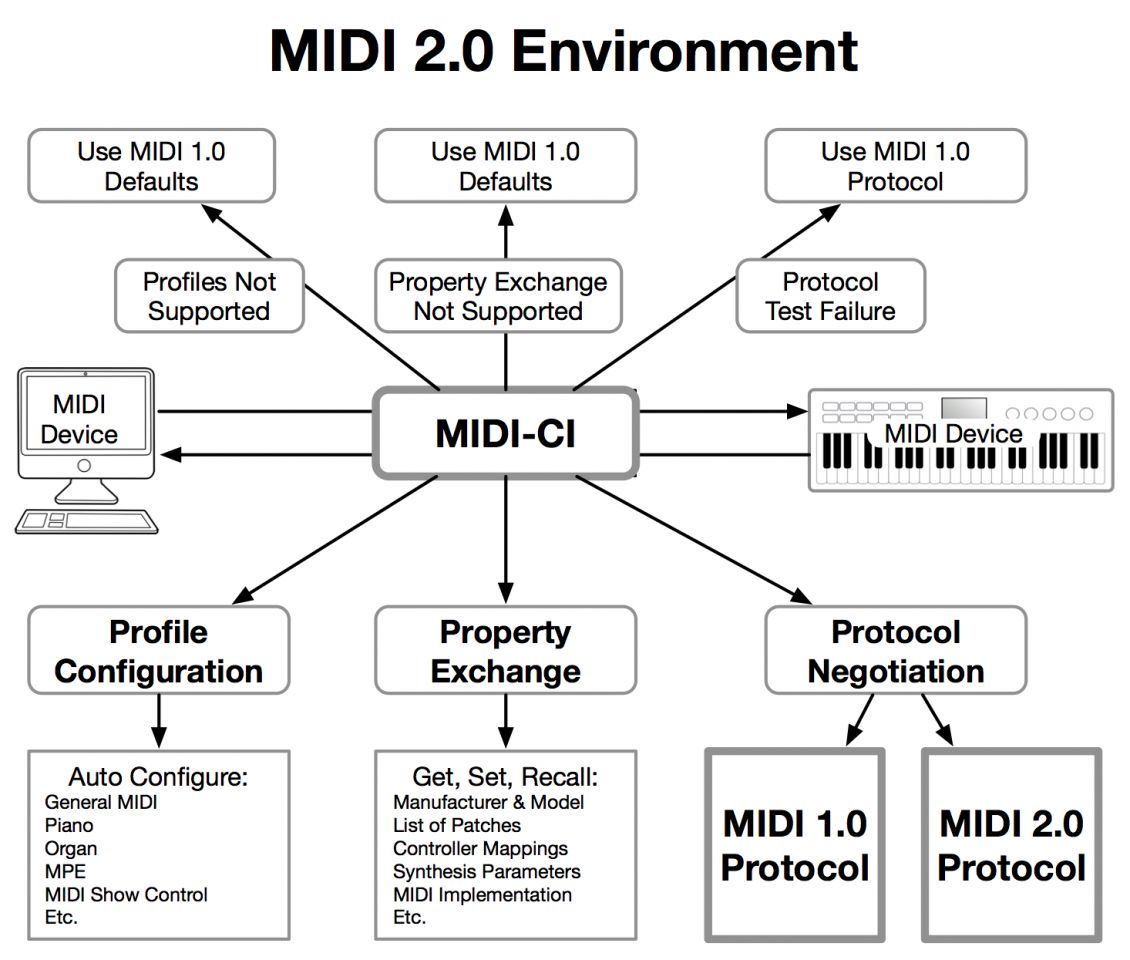 As with MIDI 1.0, AMEI and the MMA are working closely together and sharing code to streamline the prototype development process. Prototyping is planned to continue during 2019 as the associations work together on MIDI 2.0 launch plans, including exploring the development of a MIDI 2.0 logo and self-certification program for MMA and AMEI member companies.

The MIDI 2.0 initiative updates MIDI with auto-configuration, new DAW/web integrations, extended resolution, increased expressiveness, and tighter timing -- all while maintaining a high priority on backward compatibility. This major update of MIDI paves the way for a new generation of advanced interconnected MIDI devices, while still preserving interoperability with the millions of existing MIDI 1.0 devices. One of the core goals of the MIDI 2.0 initiative is to also enhance the MIDI 1.0 feature set whenever possible.

All companies that develop MIDI products are encouraged to join the MMA to participate in the future development of the specification, and to keep abreast of other developments in MIDI technology.