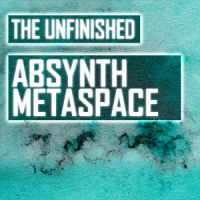 The Unfinished has released Absynth Metaspace, a brand new soundset for Native Instruments Absynth. The collection of 128 sounds is aimed at ambient, modern film scoring and electronica, but is also versatile enough to be used in many other genres such as chillout and dubstep.

Absynth Metaspace offers a blend of deep atmospheric pads, evolving emotional soundscapes, subtle bubbling sequences and glitchy basslines; each sound has huge depth and subtlety to it and can add an extra dimension to your tracks. It features a palette of new noises to augment your existing set-up and add fresh, rich new textures.

The Unfinished says "Whether you're trying to create a huge, hypnotic synth soundscape or add some authentic electronic gloss to your cinematic cues, this soundset has a wide range of track-enhancing sound tools that you'll come back to again and again."

The pack contains both .nabs and .ksd format patches, so can be used with both Absynth 5 and Absynth 4, and is on sale for £14.99.

A free demo taster of 20 of the patches is available from The Unfinished website.

Take a listen to some demos on SoundCloud