The Colorspace has announced that it has released a new easy to use 3-oscillator bass synthesizer, called Bass One, and updated Piky to version 1.1. Both are free and available for Windows as VST instrument plug-ins. 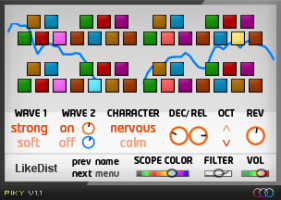