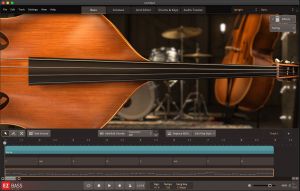 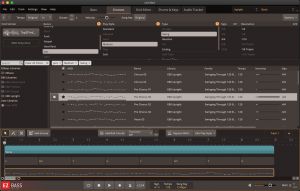 Toontrack has released the Upright EBX, a much-requested expansion for the company's popular bass software EZbass. This release marks the fifth EBX in the growing family of expansions for EZbass.

Double-bass, standup bass, contrabass, bass fiddle, violone or, as in Toontrack's case, upright bass. Although it goes by many names, it's one of those instruments that hardly needs one – you can distinguish it just at the strike of a note. The slightly muffled but still vibrantly resonant, earthy and dark timbre of the upright bass has seeped through every tier in our music history, from its first iteration several hundred years ago until today. Honestly, only one word carries enough weight to describe its incontestable role in music as we know it: timelessness.

The Upright EBX comes with a handpicked, acoustic upright bass, sampled to capture the complex and unique hallmarks of this classic instrument. In addition to the sounds, it also includes a broad selection of presets as well as a custom content of MIDI basslines.

Measuring six feet from scroll to endpin, but with a tone like a ten-story building, this is the embodiment of an ideal instrument for use in any jazz, rock, pop or general acoustic music composition where the bass is "plucked" and needs to cut through.