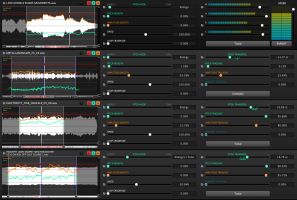 Transformizer has announced the release of VST and AU versions of its Transformizer Pro plug-in, to go with an update of the AAX version that was released back in October 2017.

Transformizer Pro is an innovative sound manipulation software plugin, which makes sounds "intelligently" adapt to each other, by forcing Child section sounds to intimately follow the flow and structure of a Master section sound – thus providing users with unique, colourful and creative options in seconds instead of hours.

Say you need a new signature sound for the intro of your new hit? Throw in a version that plays the melody in the 'Master' section and drop something relating to the lyrics e.g. ...the sound of electricity and work with the controls.