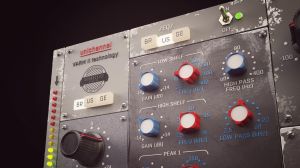 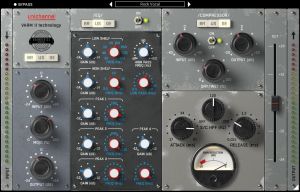 UniChannel combines 9 vintage-analogue-style devices into one effect. The user can build a channel strip using one of three preamps (British, American, German), three old-school equalizers and three vintage-style compressors. That gives you a chance to build (at least) 27 gear combinations to improve your vocals, drums, guitars, bass tunes.

UniChannel features the new version of VARM II (Variable Analogue Random Modeling technology) introduced in the last version of FrontDAW. Thanks to VARM II, each plugin instance acts slightly different. It models the randomness of the subtle differences of the values in the electrical parts.

A 15-days fully working trial version is available as usual.

UniChannel is compatible with the majority of VST/AAX/AU DAW applications on both Windows and macOS. The price is set to €149. But you may grab the intro price (81% off - €33) until the end of November, 2021.