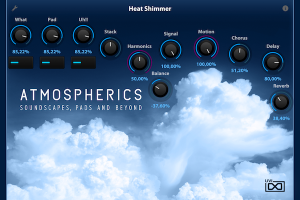 UVI has released Atmospherics, a new expansion pack for their hybrid instrument, Falcon. 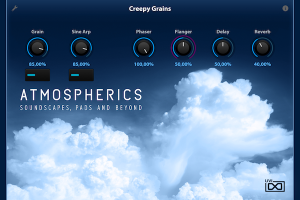 Atmospherics presets are completely editable, making them equally useful as starting points or destinations and can be easily layered and animated in numerous ways to create completely unique soundscapes. Intended to be well-suited for modern musical styles, Atmospherics expands Falcon with many useful, sophisticated and breathing sounds that can serve as both subtle accents or complete sonic environments.

Atmospherics leverages the advanced synthesis capabilities and software architecture of Falcon, which sports 15 oscillators, over 80 effects and a fast and intuitive interface that adeptly handles both basic tasks and deep instrument design. All presets have been programmed with macros which provide the user with easy access to the key parameters of each patch. These may be controlled via MIDI, OSC, host automation and Lua scripting, allowing for easy customization and expressive performance capabilities.

Atmospherics requires UVI Falcon. Falcon offers native 64-bit operation as a stand-alone application and is available as a plug-in supporting all popular formats on both Mac and Windows. Atmospherics supports simultaneous authorization on up to 3 computers or iLok keys.