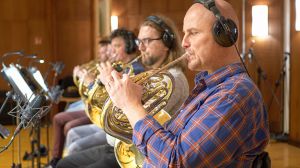 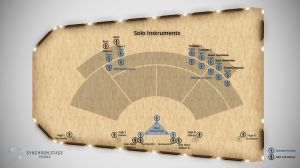 The Vienna Symphonic Library has released Synchron Brass, a brass library of eight solo instruments and nine ensembles in various section sizes, recorded in the large hall of Synchron Stage Vienna. Here's what they say:

Captivating performances by world-class artists were extensively sampled with a new level of dynamic expressivity and musicality, making Synchron Brass an-all encompassing and versatile toolkit for bold statements as well as for sculpting lyrical phrases with many layers of control, such as the new "Timbre Adjust" feature.

Creating Synchron Brass has been an exhilarating experience for Vienna's production team as well as for the musicians. Sampling sessions are mentally and physically challenging, but after 20 years of sampling and several years of recording film scores in Vienna, taking part in VSL's sampling sessions is considered a badge of honor among many musicians, and everybody on the team has been thrilled to work with these top-notch players.

"Breathtaking." "Nothing short of stunning." "The best I've ever heard." These are real-life reactions the Vienna team proudly received after clients from Hollywood and all over the world experienced the acclaimed brass sections in scoring sessions at Synchron Stage Vienna. It's that special magic that happens when superb musicians are given the opportunity to interact with the acoustics of an outstanding room that emphasizes the bold characteristics of brass instruments, inspiring them to deliver stellar performances.

Solo Trumpet 1 was played by Marc Osterer who was born and raised in New York City. He attended Manhattan School of Music, played on Broadway shows, at Birdland, Jazz at the Lincoln Center, toured festivals from Coachella to Salzburg, and was the principal trumpet of the Mexico City Philharmonic for five years before moving to Austria to play on worldwide tours with electro-swing act Parov Stelar and joining the Synchron Stage Orchestra. 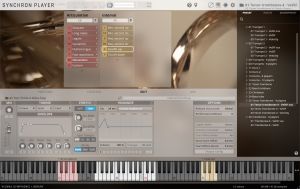 As an alternative and addition to velocity crossfade, the Synchron Player offers a brand-new feature: Timbre Adjust, assigned to CC8 by default. Especially brass solo instruments are capable of creating subtle volume and timbre variations, and this new intelligent filter lets users apply dynamic changes while staying in one velocity layer. It can also be used to create variants of articulations that have only one velocity layer (such as sforzatissimo) or to prevent velocity crossfade artifacts that may occur with brass solo instruments.

Price: It is currently available at introductory prices of $474 (reg. $627) for the Standard Library and $648 (reg. $861) for the Full Library. Crossgrades from the Big Bang Orchestra packs Hercules, Izar, Jupiter, Kopernikus and Zodiac are available.