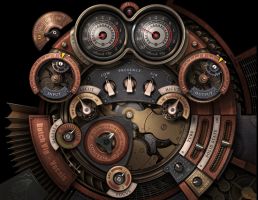 Among the most influential rock producers of recent decades, Butch Vig has directly shaped the sound of modern rock. From Nirvana and Smashing Pumpkins to Foo Fighters and his own band Garbage, Vig has contributed his signature sound to some of the most legendary albums from the grunge era to the present.

The defining element of the "Butch Vig Sound" is undoubtedly Vig's vocal stamp. The celebrated producer ushered in the sound of distorted vocals in a beautifully musical way, and it is this sound that the Butch Vig Vocals plugin faithfully recreates. With instantly hyped vocals that cut through the mix with an in-your-face attitude, the Waves Signature Series Butch Vig Vocals plugin gives users the opportunity to work with the sound of rock royalty.

This plugin delivers straightforward vocal processing with pleasant distortion and lots of air frequencies, adding an uncompromising quality to any vocal track.

Pricing was not announced.