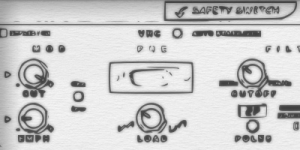 Xhun Audio has announced the forthcoming release of FilterCult, an analogue modeling simulation of a transistor ladder filter.

FilterCult has been designed to meticulously preserve the original analogue circuit topology, behavior and quirks.

Moreover, the addition of circuit-bending modifications and the possibility to use supplementary nonlinear electronic components makes FilterCult a tool suited for standard analogue filtering as well as for wild and extreme sound coloration.

More information about FilterCult (including product images and signal path schematics) will follow within the next few days.

FilterCult is expected to be released during the month of April, 2021.