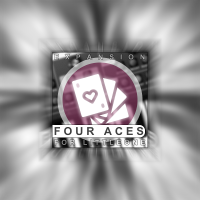 Four Aces is a collection of presets specially made to quickly access the new features introduced with LittleOne version 4.0.

This library does include a number of patches expressly designed to be useful for both modern and vintage music production scenarios, as well as sequences taking advantage of the newly introduced clock generator unit (featuring triplet and swing controls).