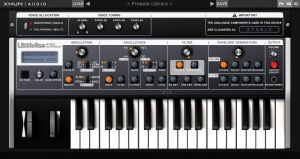 This update brings full support for all the new Expansions for LittleOne recently released by Xhun Audio, as well as minor compatibility improvements for the previously released Tension Peaks Expansion.

All Registered Users of Tension Peaks are invited to reinstall this Expansion (the new package can be downloaded from the User Area) in order to be properly loaded on LittleOne version 3.2.1.

In addition to this, due to the recent events, Xhun Audio launched the Home Sweet Home Special Offer 2020 initiative, offering a time extended up to 50% discount on its products, bundles and expansions.

In light of the recent global pandemic quarantine, this special offer will be available for the whole month of April from the online Xhun Audio Shop.

LittleOne version 3.2.1 update is available now for download from Xhun Audio website. This update is free of charge for all Registered Users.