BigKick Expansion V11 - House Kicks V2 with Full Intention by Plugin Boutique is Soundware (e.g. samples or presets that load into other products). 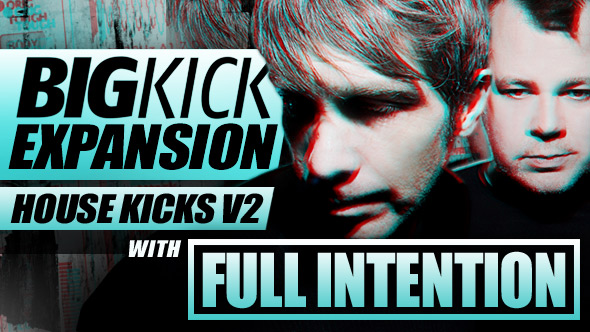 For the last 15 years Full Intention have been a pioneering force on the global dance music scene. The pair have secured a seemingly non-stop string of great releases and remixes, escalating the duo to true global status.

Full Intention have worked with some of the biggest names in the industry, including Jamiroquai, Whitney Houston, Barbara Tucker, Brandy, Ultra Nate Inner City and not to forget the Grammy nomination for their remix of George Michael's "Amazing". Since its release the pair have been using BigKick in their productions and we are very happy to present this expertly constructed expansion of 64 Kick Drums designed for House Music but transferable to many other genres.