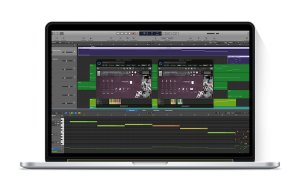 The repinique was established in samba percussion in the 1950s. This drum was made out of wood with natural heads made from goatskin. Normally used in samba schools (percussion ensembles). It is tuned very high to produce a tone that cuts through the sound of the rest of the ensemble.

The library brings a killer performance, of Robson Batata, with a wide choice of grooves and rhythmic variations, making it possible to combine dozens of patterns within the song. With a pristine capture, the Brazilian Series Repinique comes with more than 80 loops, in addition to the single Hits.

The Repinique was recorded at João Francisco's Studio in Belo Horizonte, Brazil, in an incredible room with 4 microphones. A Neumann KM184, a Shure SM57, a Neumann U87 and a Bock Audio 251 were used for the room. Two preamps, a Vintech Audio 573 and Grace M501 routed in a Apogee Symphony.

The Graphical interfaces are now cleaner and more objective.