ChineeGuanZi by Kong Audio is a Virtual Instrument Audio Plugin. It functions as a VST Plugin. 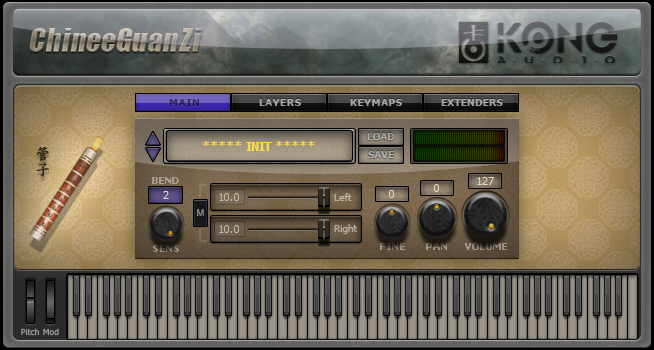 Characterized by the triste tone, GuanZi (literally means Pipe) is a one-of-a-kind double-reed instrument from China. Originated in Central Asia, like many other existing Chinese instruments, GuanZi was embraced dearly and became an integral part of Chinese instruments ever since the great Tang Dynasty (7th -10th centuries).

GuanZi was once one of the standard instruments of court music. It was also used in military and festival events, as well as monumental, burial ceremonies. It is, sometimes, considered to be too distinctive to be a team instrument though, hence it tending to being overlooked today.

The combination of pitch-envelopes with keyswitching in the patch programming makes ChineeGuanZi a lively and expressive instrument to play with. ChineeGuanZi (in G) contains legato, tremolo, and various other playing techniques. The note range is from D4 to D6.