ChineeLiuQin by Kong Audio is a Virtual Instrument Audio Plugin. It functions as a VST Plugin. 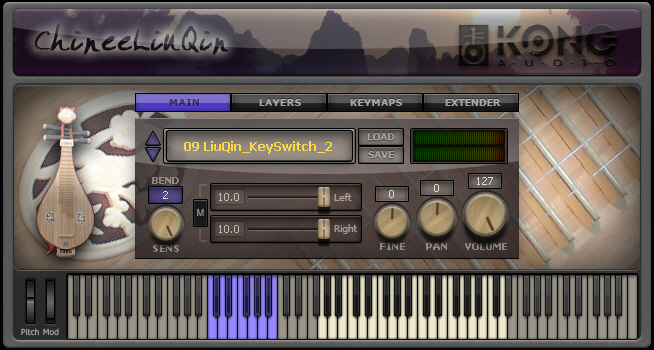 ChineeLiuQin, "The Willow Mandolin from China", is the 14th title in Kong Audio's Chinee Series.

LiuQin is a grassroots folk instrument which was originally popular in some provinces of China for the last two centuries. LiuQin was a simple and rough instrument at the beginning, and it was once referred to as "the plebs' Pipa" due to its lack of refinement - yet it is much closer to the true rural life. The structure of today's LiuQin has been redesigned in the mid-20th century. With the improved physical form, plus its higher pitch scale and its Western Mandolin-like acoustic effect, LiuQin has become a prominent instrument in today's Chinese classical circle.