ChineeSuona by Kong Audio is a Virtual Instrument Audio Plugin. It functions as a VST Plugin. 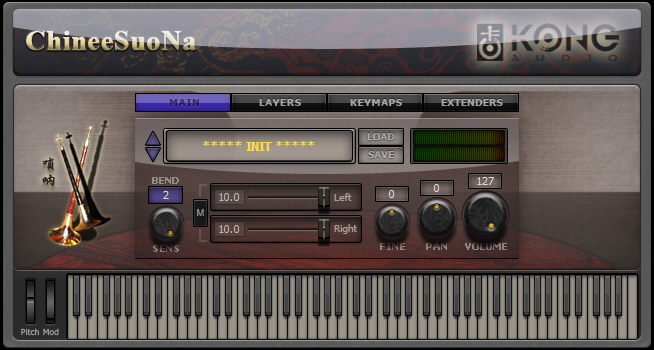 ChineeSuona comprises of two Suonas (a big Suona and a small Suona) with different note ranges. It comes with a meticulously woven 380 MB sampleset (All samples are recorded in 24 bit 96 kHz).

What is a Suona?

Suona (the Chinese shawm) was originated from Persia and then slowly adopted by the Chinese in the course of history. By the time of the Ming Dynasty (14th - 17th century), Suona is documented as a prevalent instrument in China.

Suona is rather unique. It is sort of a crossover between brass and woodwind instruments. The sound of Suona is unapologetically harsh, abrasively brash, and just proud-to-be-so-loud. One may arguably say that Suona showcases the energy of Chinese music the best.

Today, Suona is still widely used in the local (especially the rural areas) Chinese activities such as weddings and religious festivals. Some modified versions of Suona are now the official instruments of large traditional Chinese orchestras.