Compu 78 by Divergent Audio Group is Soundware (e.g. samples or presets that load into other products). 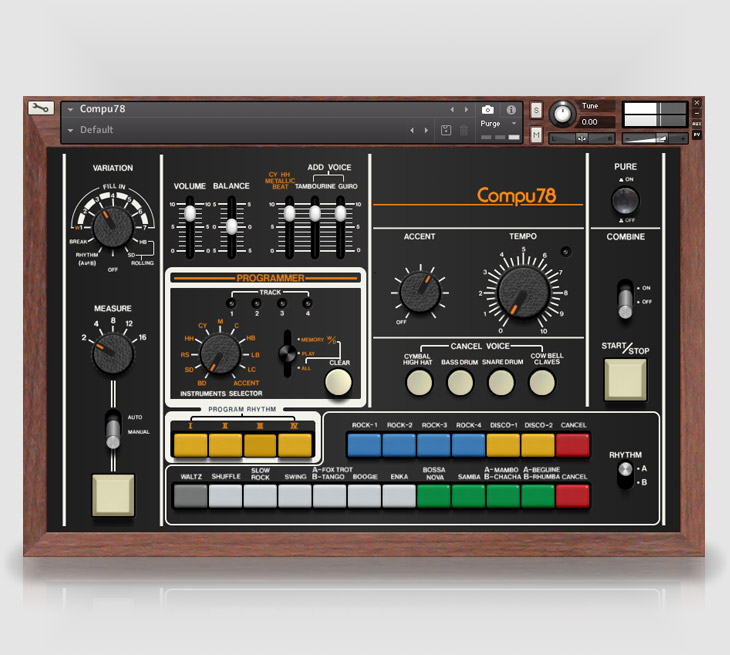 Compu78 is a virtual simulation of the CompuRhythm CR-78, a very influential drum machine released at the end of the 1970s.

It features all the original sounds meticulously sampled at multiple accent levels and with up to eight round-robin variations depending on the sound. All the original rhythms and variations have been accurately reproduced and you can program your own rhythms in the same manner as you would on the original combined with a WS-1 programmer. In addition, you can record a performance and save it as a MIDI file.

It included several Snapshots that reproduce the rhythms of famous songs that featured the CR-78.

Please note: You will need to FULL version of Kontakt 5.8 to load this instrument (NOT for Kontakt Player).