My KVR
Cinematic by Fracture Sounds
£29.99
at fracturesounds.com
DetailsSwitch Section 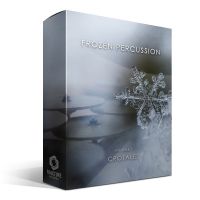 The instrument was programmed with ease of use in mind. Simply move the mod wheel while playing to smoothly morph between different dynamic levels.

While the instrument may look simple on the surface, there is an advanced performance script behind-the-scenes, which allows for very responsive and expressive playing. When bowing a metallic instrument such as crotales, changes in dynamics are often quite slow since the instrument takes time to vibrate and resonate. Our performance engine replicates this characteristic by smoothly interpolating between dynamics. Additionally, when a note is played, the engine will gradually ramp up to the target dynamic. This is more realistic than a traditional ADSR attack, because it is morphing between real dynamic layers – not simply fading in the volume.