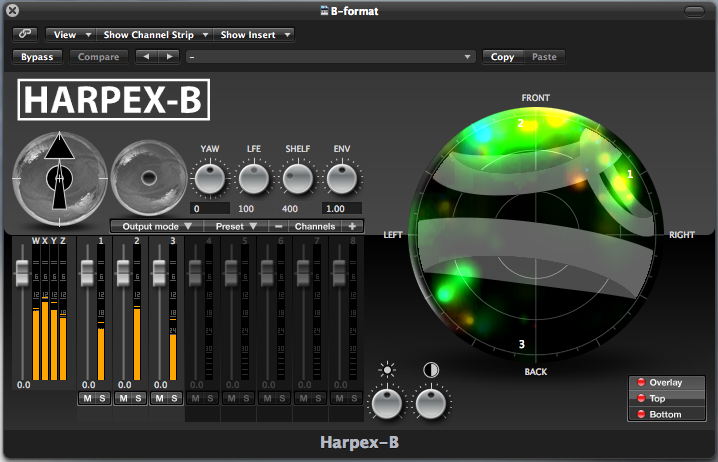 Harpex-B is a high-resolution surround processor for soundfield recordings. Available both as a plug-in and a stand-alone player, these tools make an already versatile surround and stereo recording technique even more interesting.

Soundfield microphones have gained a faithful following since their introduction thirty years ago and are today offered by several manufacturers. They are commonly used both as compact stereo microphones and surround microphones. They already provide more post-production possibilities than any other portable recording technique.

With the introduction of Harpex-B, several new and useful possibilities become available:

B-format is the standard surround format for soundfield microphones. While conversion between B-format and other formats has always been possible, the spatial resolution has been limited to that of first-order microphones. This is insufficient for the frontal stage of 5.1, 6.1 and 7.1 speaker layouts. High-resolution processors make use of advanced signal processing that mimics the kind of spatial analysis that a human listener uses to separate and localize the many sound sources in a complex sound scene. This results in a level of channel separation and spatial definition that has never been possible before.