Login / Register
My KVR0Updates
00 items | $0.00 CHECKOUT New
Plug-in Developer?
Search
Who are we in the KVR community in 2020?VOTE NOW
iQby

iQ by Ear Machine is a Virtual Effect Audio Plugin. It functions as a VST Plugin and an Audio Units Plugin. 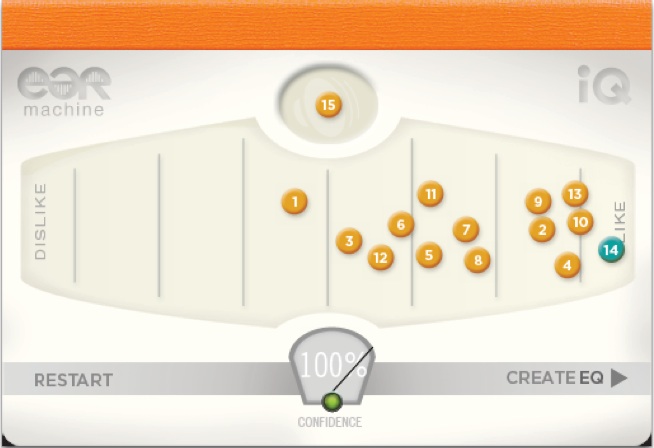 iQ is an equalizer plug-in designed to learn the user's preference. iQ recommends equalizer settings by analyzing user ratings of examples. The result is displayed in a traditional equalizer window where users can fine-tune the recommendation.

With iQ, users indicate how much they like each of a series of example settings by arranging dots from left to right, where each dot represents a different EQ setting. iQ uses a model of auditory perception to gradually hone in on the user's preference. A meter at the bottom of the window indicates when iQ thinks it has learned what the user wants. The user then clicks "Create EQ" and iQ's recommendation is displayed in a traditional equalizer window. Users can also double click any dot to display it in the equalizer window.