IR-1 by Waves is a Virtual Effect Audio Plugin. It functions as a VST Plugin, an Audio Units Plugin, a VST 3 Plugin, an RTAS Plugin and an AAX Plugin. 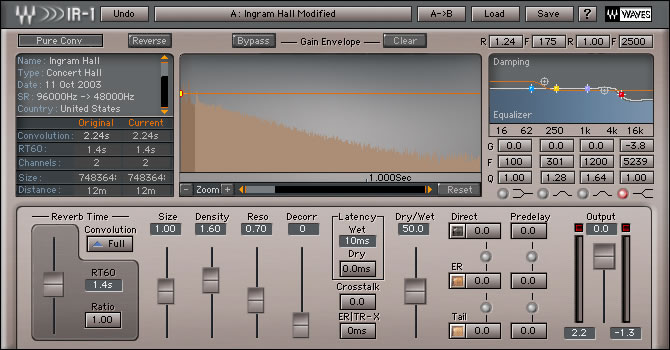 IR-1 is a convolution reverb which has flexible classic controls of the key reverb parameters. Unlike other convolution reverbs only the IR-1 allows editing of all the traditional reverb parameters. IR-1 comes with an extensive library of samples and presets that recreate the sonic environment of over 60 carefully sampled real acoustic spaces and over 60 samples and presets created by classic hardware devices.