Ivory Studio Grands by Synthogy is a Virtual Instrument Audio Plugin. It functions as a VST Plugin, an Audio Units Plugin and an AAX Plugin. 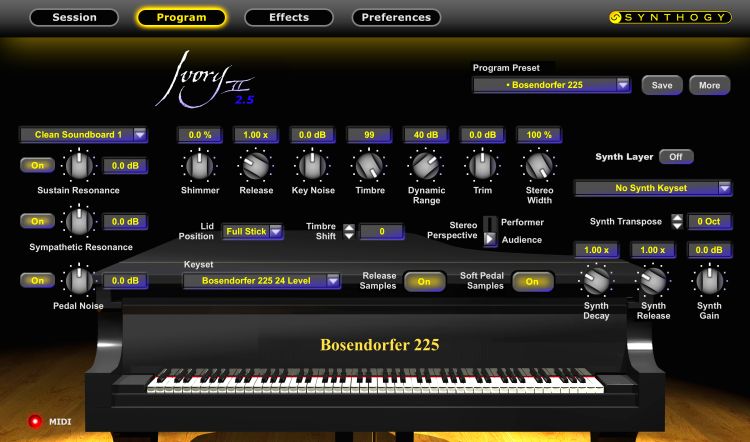