$349.00Buy BUYING!X
KVR Marketplace
LX480 Complete by Relab Development is a Virtual Effect Audio Plugin for macOS and Windows. It functions as a VST Plugin, an Audio Units Plugin and an AAX Plugin. 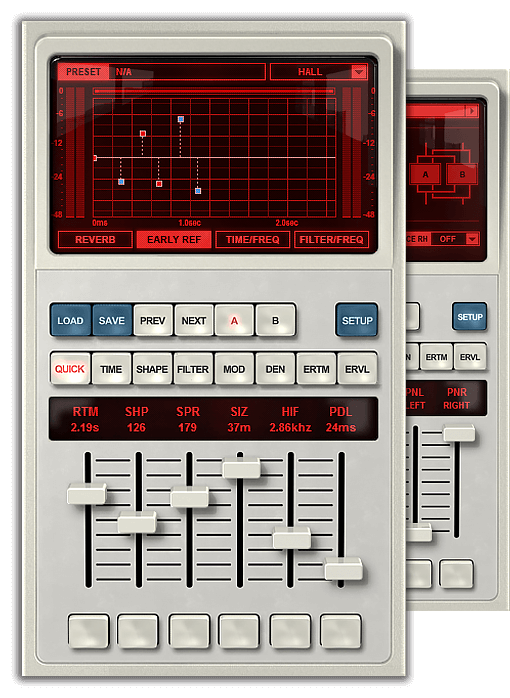 The LX480 is faithful recreation of the Random Hall reverb algorithms from the Lexicon 480L*. For over two decades, the Lexicon 480L Digital Effects System* has been the standard by which all other signal processors are measured. The Lexicon 480L* remains a popular choice among top producers for the most demanding tasks. Even today the Lexicon 480L* is widely considered as one of the best-sounding reverbs ever built.

When creating the first entry for their own product line, Relab Development decided to create the most accurate emulation that could replace this legendary hardware reverb. The LX480 plugin goes far beyond emulation by using the exact same reverb technology and introducing higher density modes and functions not found on the original.

The user interface for the LX480 plugin is based closely on the LARC (Lexicon Alphanumeric Remote Control) from the original unit. If you're familiar with the LARC, you'll find operating the LX480 very comfortable, with the benefit of extra visual feedback and control and editing capabilities.

Continue this sentence with song lyricsby Aloysius @ 21:09 in Off Topic Classics

What are you listening to now? Look on my works, ye Mighty, and despair!by farlukar @ 21:00 in Everything Else (Music related)

Why Do You Create Music ?by vurt @ 20:20 in Everything Else (Music related)View All Latest Posts