Mandolin by EarthMoments is Soundware (e.g. samples or presets that load into other products). 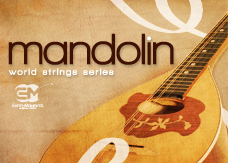 A mandolin is a musical instrument in the lute family. While it comes in many shapes, it is usually round or teardrop-shaped, sometimes with scrolls or other projections, and either plucked or strummed.

Early mandolins had six double courses of gut strings, tuned similarly to lutes, and plucked with the fingertips. Modern mandolins originated in Naples, Italy in the late 18th century—commonly have four double courses (four pairs) of metal strings. Today there are mandolins with a twist in almost any region.

EarthMoments have recorded an acoustic mandolin from the middle east caring the definitive sound signature, from the Mediterranean to the balkan.

Optimized with the closest attention to detail, the Mandolin Bundle samples have been recorded using tube preamps and Mics on 96KHz.