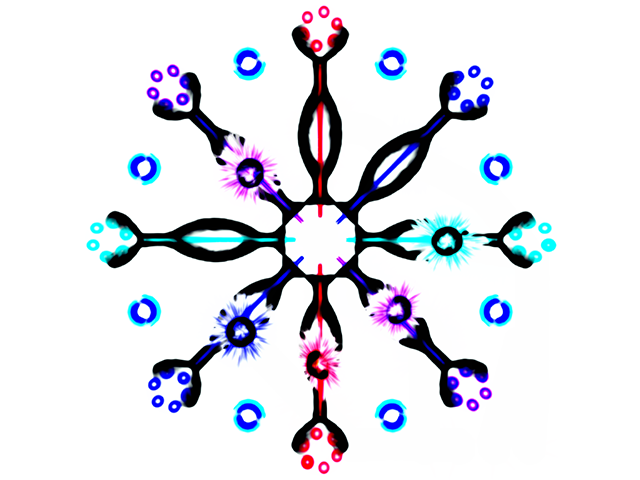 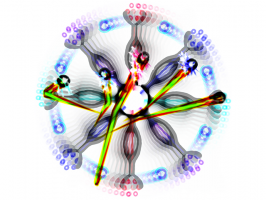 ResOscope is a sound toy in which the player uses touch to apply motion and momentum to five individual 'sound pucks'. The pucks' movement and contact with the ResOscope structure causes different sounds and sonic behaviours to occur. Use ResOscope to explore sound, and create atmospheric sonic textures and drones.

ResOscope is a sound toy for exploring, combining and generating sound. Play by energising and moving the pucks around the play space using touch. Move the pucks over each of the coloured rails to explore the spectra of the different sound types. Try small movements to fully explore the sounds.

To move the pucks, touch a puck and drag in the direction that you want the puck to travel. Force will be applied once the touch is released. The further the distance the release is away from the puck, the greater the force and vice versa. Greater forces will result in less predictable sonic behaviours.

Move the pucks over the rotating spheres at the end of each rail to change the sound type for the corresponding rail. Try activating the rotation modes by moving a puck over the circular objects around the edge of the play space. This results in the ResOscope structure rotating and sequencing.