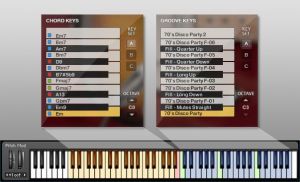 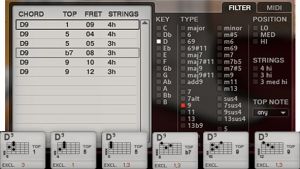 Scarbee Funk Guitarist by Native Instruments / Scarbee is a Virtual Instrument Audio Plugin and a Standalone Application for macOS and Windows. It includes, and is therefore "powered by", Kontakt Player, which functions as a VST Plugin, an Audio Units Plugin, an AAX Plugin and a Standalone Application.
The OS and Format icons below are for the latest version of Kontakt Player. The version numbers are for Scarbee Funk Guitarist.
Product
Version
1.0
Product
Version
1.0
Tags
Tags:Funk GuitarGuitarNative InstrumentsScarbeeScarbee Funk Guitarist
Instrument
Formats
Copy Protection
Online Activation (Challenge / Response)
My KVR - Groups, Versions, & More
136 KVR members have added Scarbee Funk Guitarist to 12 My KVR groups 150 times.
Not In Your MY KVR Groups
(or group limitation prevents versioning)
98 0 I Own This
28 0 Favorites
12 0 My Actual Studio
4 0 I Want This
+8 in private groups

Scarbee Funk Guitarist is a new Kontakt-based software instrument that puts a highly expressive and versatile virtual funk guitar at the hands of producers. For use in the Kontakt 4 sampler and in the free Kontakt Player, it provides an unlimited range of authentic, sophisticated rhythm guitar lines for funk, soul, hip hop, house, pop and other contemporary styles.

At the heart of Scarbee Funk Guitarist is an extremely flexible and intuitive phrase concept that allows users to seamlessly combine different guitar grooves and chord types via the MIDI keyboard, allowing for natural harmonic progressions and completely authentic funk phrasings. The integrated groove sequencer maintains a constant and natural rhythmic flow, while articulations like up and down strokes, mutes, hammer-ons and slides are triggered automatically by the intelligent script-based engine of the instrument.

Scarbee Funk Guitarist was produced by renowned sampling expert Thomas Scarbee together with accomplished studio guitarist Soren Reiff and leading Kontakt scripting specialist Nils Liberg. The instrument is based on over 3,000 chords that were painstakingly recorded in various voicings, multiple velocities and with all relevant articulations, resulting in over 130,000 individual chord samples. For the sampling process, a specially modified guitar with hand-selected highest-quality components was used, equipped with a special pickup configuration that allowed multiple pickup positions to be captured simultaneously.