My KVR
Electric Keyboards by Acousticsamples
$14.99 thru April 1st, 2021
at acousticsamples.net
DetailsSwitch Section 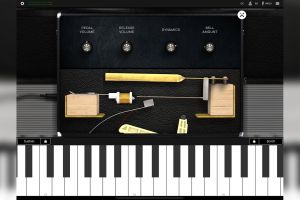 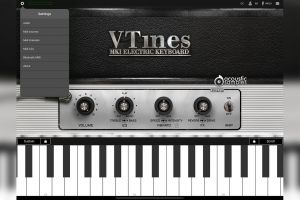 The most realistic Rhodes-sounding electric piano to hit iOS? Yup!

We have always had the idea that the future of virtual instruments was going to be the sound quality of sampling but with the playability of modeling. Getting both with only samples requires too many of them and only with modeling requires too much CPU.

We found a way to combine both technologies by using samples as the sound source and all the rest uses modeling techniques. This allows the V Tines to weight only 80MB (retina graphics and presets included), to really sound like a Fender Rhodes with all of its imperfections and to have a fully continuous response (if you're not convinced, listen to the 127 velocity example in our video) as well as a highly tweakable sound.

The VTines was limited to desktops for a while, but we were able to make it work on iOS, you can now take it with you everywhere, on your iPhone or iPad running iOS 11.0 or later.
The VTines Live is almost the same on iOS, the only differences are that it is not as tweakable as the desktop version, but the base engine is untouched and you still get the continuous response, the great suitcase simulation as well as the vintage stereo tremolo effect.

The « Live » version of our instruments has been especially thought for Live performance usage. CPU and RAM footprints have been optimized, so that our model can run on IOS devices. We paid a particular attention to making it easy to connect and use with external MIDI keyboards, and/or within you favorite AUv3 host

In My Cart!Essential Keyboard Collection
Electric Keyboards by SONiVOX$39.00