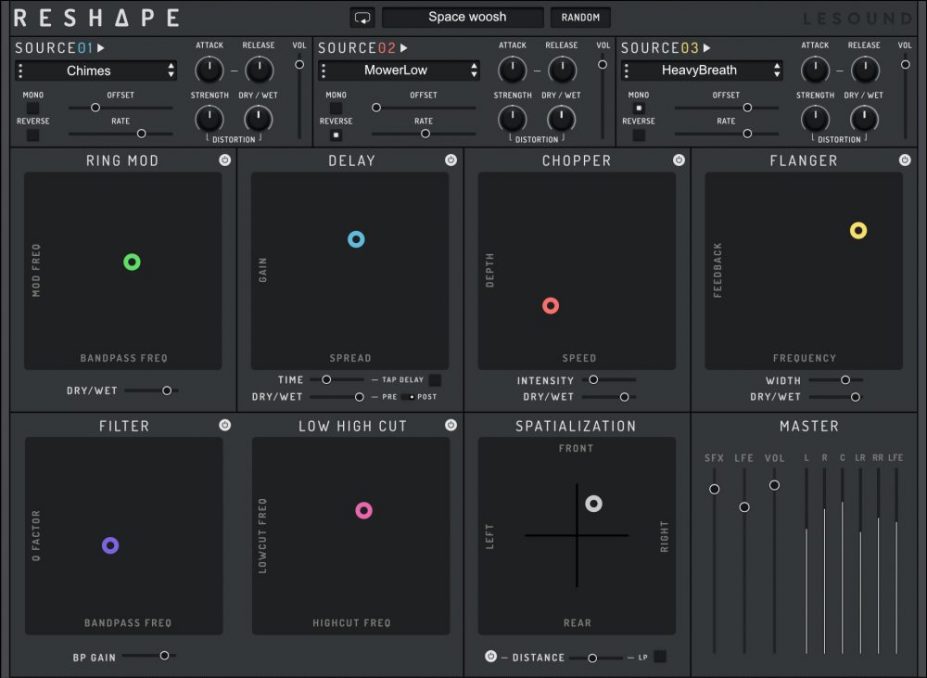 What is it?
Multi EffectAudio EffectDJEffect ToolLe SoundReshapeSound DesignWhoosh
Format(s)
Operating System Availability
License & Installation Method
Voucher / Code for redemption on other website
What does this mean?
For related news items, downloads and more please see the full KVR product page for
Reshape

Reshape is a touch-to-play sound design tool based on exploring gesture usage to give new expression means to sound creators. By using gestures with mouse or multi-touch interface like an iPad, you will be able to create and shape sounds like the way a musician plays an instrument with expressiveness. Reshape is a virtual instrument loaded with a large sound bank: It is a new weapon for creating cinematic whoosh effects, futuristic vehicle sounds, and more.

An OSC remote app Reshape Touch is also available for iOS and Android for multi-touch controls.

Reshape instrument features three layers of Samplers, which allows superposition of up to 3 sounds before the effect process. Reshape multi-effects include ring modulation, delay, chopper, flanger, filters, and spatialization. By means of mouse click with PC or finger touch on iPad/Tablet in the X-Y panel, it triggers the samplers playback or stream input with effects. Listen to Reshape sound examples here.