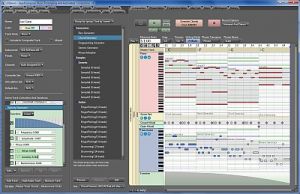 MusicDevelopments has announced the release of the Mac OS X version of RapidComposer, the rapid music prototyping software designed for composers, song-writers and musicians of all musical styles.

This long-awaited Mac OS X version has all the functionality of the Windows version and the user interface is 100% the same. For Mac OS X a standalone version is available at the moment.

The demo version can be downloaded from the following locations:

You can order RapidComposer now for $236 or the LE version for $79 until the end of April, 2012, while the Birthday Sale lasts. More information can be found at: www.musicdevelopments.com

The Windows version has been updated to v1.91: